Despite the continued appalling weather, much progress has been made during May.  The first house has had the outside bricks put in place and much inside work completed.  The second house has had the first floor and roof put in place.  We had an inspection visit from the customer’s housing warranty provider who commented on not only the quality of construction but also how well the site was organised. 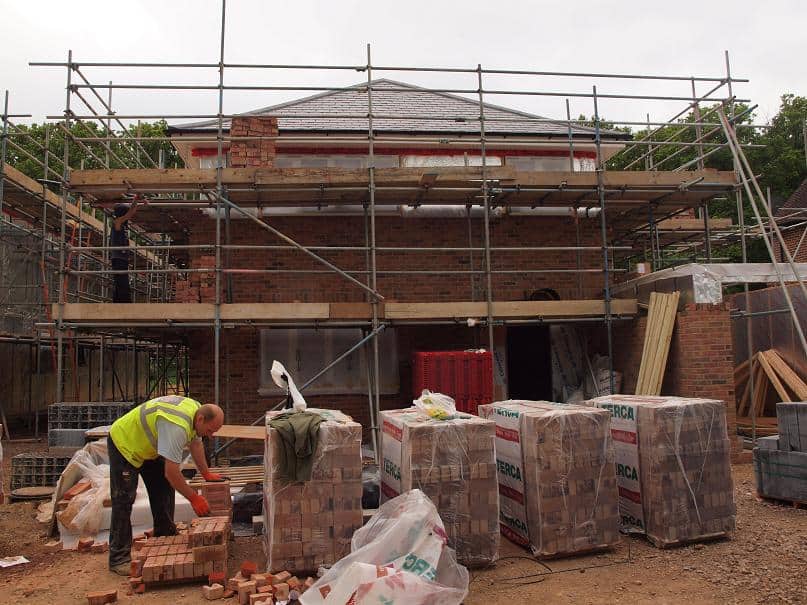 These pictures show tiles for the second house.  The tiles are placed on a small conveyor belt which lifts them up to the roof.  The tiling will have been completed very soon.

Please complete the form below to receive our monthly news and updates.