In 2015 we supplied the timber frame for a new build home in Cliddesden, Basingstoke for our client who left us the below testimonial for the works.

In early 2016 we received an enquiry through from our Client who had seen the build we had provided the year before on the same road as where they were looking to build and asked us to price for a similar designed home for themselves.

May 2017 and the Client had obtained planning approval and was ready to get going with the project. With the preparation works commencing in August, we scheduled our manufacture in for October with a start on site later that month. The road was restrictive so smaller rigid lorries were used to deliver the panels and a crane was used for lifting. 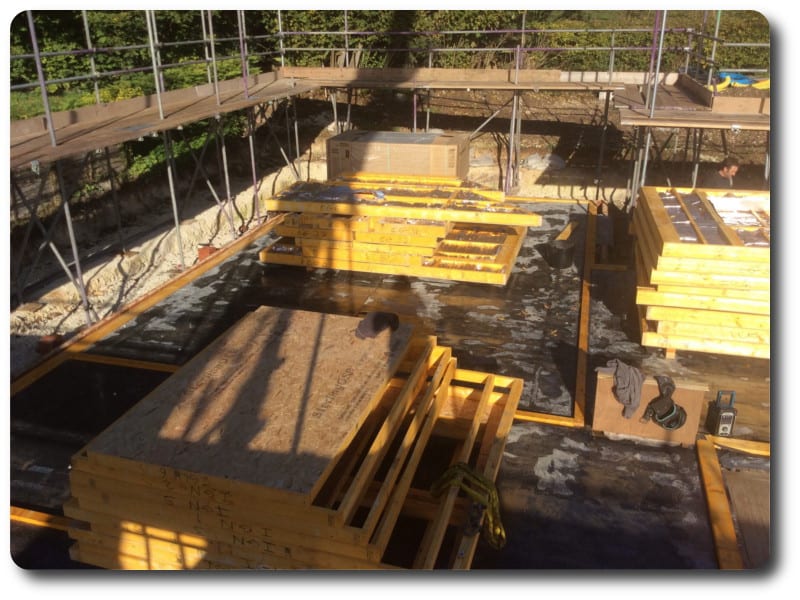 With the ground floor panels delivered and placed within the scaffolding ready for erecting the team can commence installation of these onto the ready placed sole plates. With the external walls fixed into place, the internal walls can then be installed to the ground floor prior to the joists and flooring being installed above them for the new floor level. Posi metal web joists used to construct the new floor level with 22mm chipboard flooring and the plates laid for the internal wall panels to be installed onto. With the first floor panels installed, more steels added and glulam beams for the roof structure. 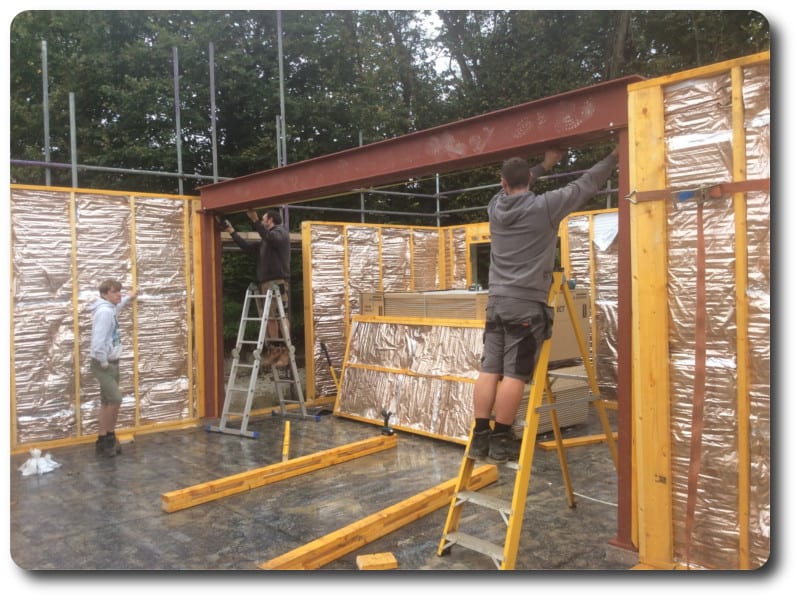 The roof was starting to form with the addition of dormers and soffit and fascia. With the roof structure installed the tiling can now commence to the roof. Here are the most updated photos from the client where you can now see the tiles hung to the first floor level with the render and brick plinth to be installed soon to the ground floor.

We shall add more photos to the website as the build is completed. Rear view of the house. Front view of the house.

If you are a developer or self-builder looking to do your own new build project, please send your drawings or get in touch us with at: lucy@vision-dsl.com or 0118 971 2181. We look forward to hearing from you.

Please complete the form below to receive our monthly news and updates. 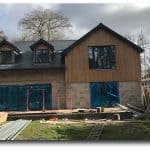